Glenn Moray Neil DA GSA
Born and brought up in Paisley, Glenn Neil studied at Glasgow School of Art and graduated in 1967. He is heavily influenced by the strong painterly style in the Glasgow tradition, preferring to work out of doors.

After settling in Aberdeenshire in the late seventies Glenn became Principal Teacher of Art at The Gordon Schools Huntly. Glenn got invited to join “The Ruralists”in mid nineties and has been
exhibiting with them ever since.

Glenn has never ceased to be inspired by the drama of the light and continual atmospheric changes which make this part of the world and the West Coast so attractive.

No work currently in stock. 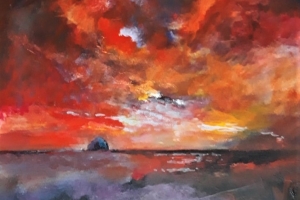